University College, Bristol existed from 1876 to 1909 and was the precursor to the University of Bristol.

Its history can be traced back to the efforts of John Percival, headmaster of Clifton College, to press for the establishment of such an institution. In 1872, Percival wrote to the Oxford colleges observing that the provinces lacked a university culture. The following year he produced a pamphlet called 'The Connection of the Universities and the Great Towns', which was well received by Benjamin Jowett, Master of Balliol College, Oxford. Jowett was to become a significant figure, both philosophically and financially, in the establishment of University College, Bristol.

In June 1874, a meeting took place at Bristol's Victoria Rooms 'to promote a School of Science and Literature for the West of England'. Percival and Jowett spoke at the meeting, and won the support of Albert Fry and Lewis Fry, members of an influential and affluent local family.

University College, Bristol finally opened its doors at 9 am on Tuesday 10 October 1876 in rented premises at 32 Park Row. Initially there were two professors and five lecturers offering courses in 15 subjects. The College was open to men and women on the same basis (except in medicine). During the first session, 99 day students registered (30 men and 69 women) and 238 evening ones (143 men and 95 women).

Alfred Marshall, a groundbreaking economist, served as Principal of the College until 1881. He taught evening classes while his wife, Mary Paley, the first woman lecturer, taught during the day. Her fee was deducted from her husband's salary. The second Principal was William Ramsay, discoverer of the so-called noble gases. He left in 1887 (and received the Nobel Prize for Chemistry in 1904), but remained influential in the College's efforts to become a university with its own Royal Charter. His successor was Conwy Lloyd Morgan, a geologist and zoologist who also became a pioneering experimental psychologist. He, too, was closely involved in the campaign for full university status, and would eventually become the University of Bristol's first Vice-Chancellor.

For University College, Bristol, life was a financial struggle, although in 1890 it received a £2,000 boost from the local Technical Instruction Committee. There was more good news in 1893 when the Bristol Medical School, which had been created in 1833, was formally incorporated into the College. Further encouragement came in 1896, when Commissioners from the Treasury reported that 'there is evidently vigorous life in the place, and the work done is of the University type'. The foundation of the University College Colston Society in 1899 was another highly significant development, drawing a broad spectrum of influential figures into supporting the College.

The campaign for a Charter gained momentum in 1904 with the appointment of Morris Travers as Professor of Chemistry. Travers, who had been recommended for the job by former Principal, William Ramsay, was an energetic and decisive man who set about gaining financial and political support for Bristol's plans. He was backed by some powerful individuals, including Lewis Fry, Chairman of the College Council, R B (later Lord) Haldane and members of the Wills family.

By 1906, Lewis Fry felt ready to put the plan to promote a university for Bristol on a formal footing, and an executive committee was formed. However, problems continued - Travers left to direct a research institute in India that year, and it proved very difficult to lift the College's endowment above the total of £30,000 that had been donated by members of the Wills and Fry families.

Everything changed on 14 January 1908, when H O Wills promised to donate £100,000 - a massive sum - provided that a Charter was granted within two years. The Wills gift set off a chain reaction, and more money was raised within 24 hours than had been attracted during the previous three decades.

Now things really started to move. After years of discussion, it was agreed that the Merchant Venturers' College and elements of the University College - formerly rivals - would merge to form a new Faculty of Engineering. Furthermore, the City Council offered the proceeds of a penny rate (some £7,000 a year), subject to a Charter being obtained. Best of all, when a petition for a Charter was submitted to the Privy Council, it met with royal favour.

On 24 May 1909, 33 years after University College opened, the Charter, approved by King Edward VII, came into effect. It was a day of celebration across Bristol and the beginning of the story told in our University timeline. 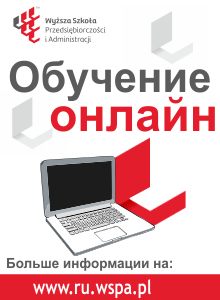